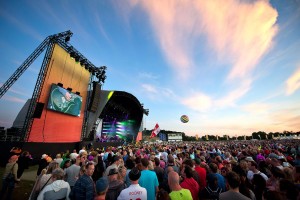 Vital Spark provided the power and lighting infrastructure for all three Rewind Festivals from 2009 until the takeover by Global in 2018. The original Henley event added sister festivals in Scotland and Northern England in 2011 and 2014 respectively. Vital Spark provided the core power infrastructure for each of the festivals’ production as well as all lighting for the public arenas including campsites.

At each festival, 30+ generators were stationed around site to power site facilities including the Mainstage, Karaoke Stage, Silent Disco, Kidzone Area and all the themed festival bars. We also provided the power for all the backstage production amenities and the VIP area. Furthermore, we provided festoon lighting and power in the campsites and ‘glamping’ campsites as well as hook ups for campsite showers. In total 10km+ of festoon lighting spanned the campsites and custom installation requirements such as the tow path lighting along the River Thames at Rewind South in Henley. We also provided some architechtural lighting in keeping with the upmarket aesthetic of the festival.